How To Care For Your Best Friend

How To Care For Your Best Friend 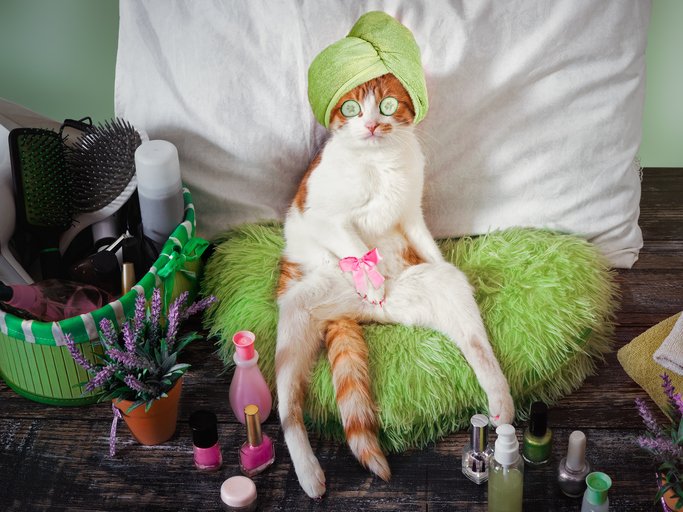 Not all cats fear cucumbers. Except when one ‘sneaks up’ on them while they’re eating. Then they’re terrifying!

Hundreds of YouTube videos released over recent months document the terror of unsuspecting cats as they turn around after eating a meal to discover a cucumber lying just behind them. It’s even made headline news around the world and sparked a roaring debate. What, exactly, is it between cats and cucumbers? Is there something sinister about the watery green veggies that humans don’t have the fine-tuned senses to detect?

Many cat lovers believe that the shape of the cucumber is to blame – that they do, indeed, look like a snake to the average cat. This has prompted many to defend the right of cats to live a life of peace instead of experiencing the undue stress placed on them by irresponsible pranksters who want to test their feline’s fight/flight response.

Animal behaviour specialist Dr Roger Mugford was asked by UK Telegraph to weigh in on why cats react in this surprising way. He doesn’t put it down to the snake-like features of a cucumber, although he does acknowledge that snakes are a natural predator of cats: “Cats have to be suspicious of the unknown. It could represent a snake or another predator. I suspect that there would be the same reaction to a model spider, a plastic fish or a human face mask. Not an inherent feature of cucumbers, just their unusual context.” So, not because cucumbers are so snake-like after all.

Several cat owners back up Dr Mugford’s assertions, reporting that the same phenomenon occurs when you place an avocado behind an unsuspecting cat while it’s eating. The one thing that all of this proves is that pets are a fascinating source of entertainment, and an enduring object of human affection. Not all societies have kept animals as pets, but evidence from ancient history proves that fishy, feline, canine, equestrian, furry friends have been a part of our lives from before recorded history. We just love them.

The first evidence that people have always had companion animals comes as early as 7500 BC, when a Cyprus grave showed a cat buried alongside its human owner. Records also show that in 168-190AD, Chinese Emperor Ling Ti esteemed his dogs so deeply that he made them senior court officials. This enabled them to eat the best food, sleep on the finest oriental rugs and have special bodyguards.

Our fascination with pets makes us curious about their behaviour. Why do they behave the way they do? What are they trying to communicate with us? We also want to know how to treat our pets so they have a good quality and length of life. What do we do if they suffer a real snake bite?

Macquarie Community College’s Pet Care Course in Eastwood - Sydney will introduce you to animal behaviour theories, first aid and CPR for pets. You will learn how to triage your pet and assess for life threatening emergencies. You will also learn how to treat chemical and physical injuries, and how to care for their nervous system, teeth, ears and eyes.

Whether you want to work with animals as a vet nurse, animal trainer or dog walker, or just learn how to care better for your beloved companion, this Pet First Aid and CPR course is for you. Call us today on 1300 845 888 or come back online during business hours to talk to one of our support agents.

« Creativity - Is It Missing From Your Life?

Better Manage your Debts and Investments »