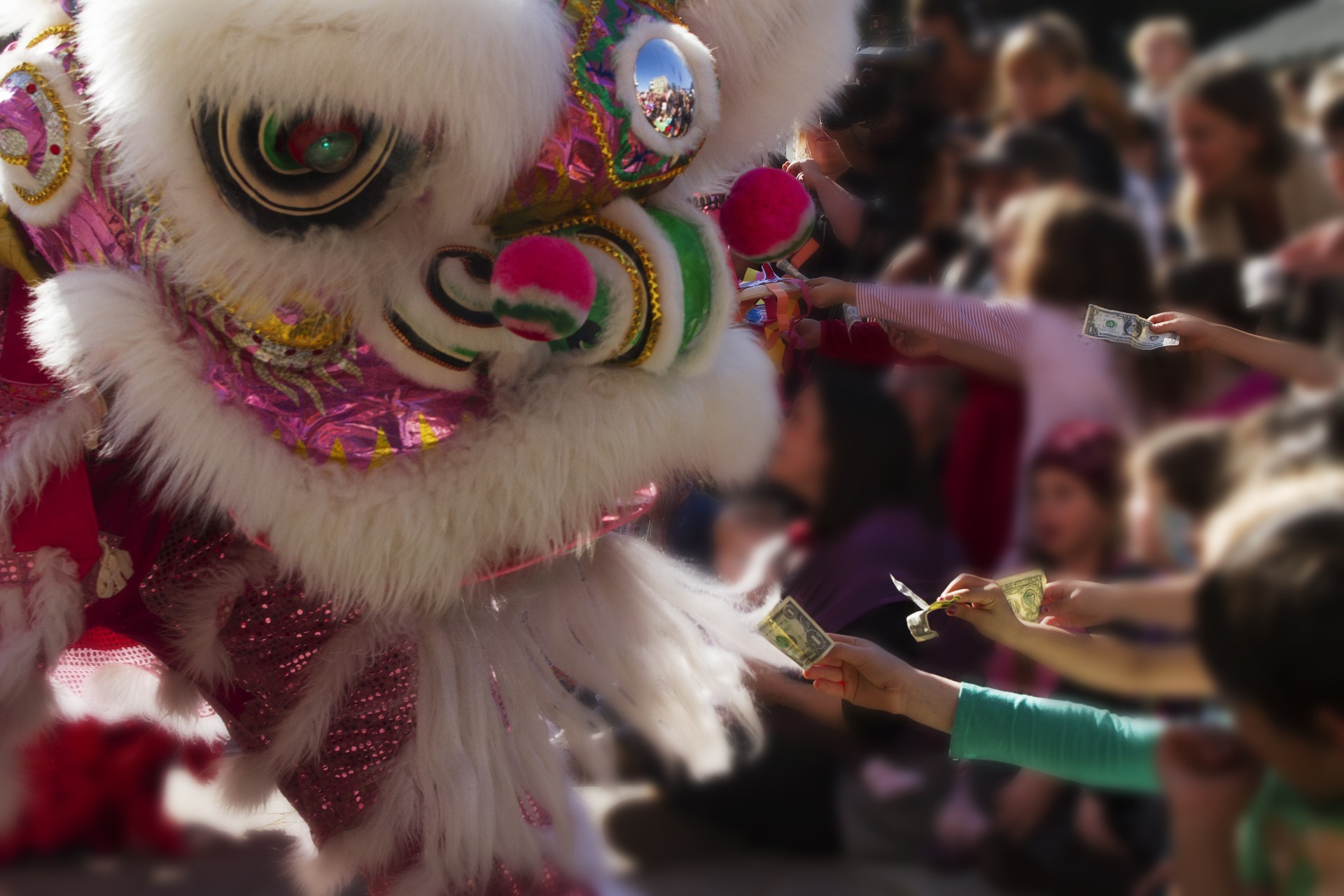 You may have already noticed the bursts of red and gold colours lining the streets of Sydney recently. Many suburbs are getting ready to celebrate the Lunar New Year this week. Here’s what you need to know about this celebration.

What is the Lunar New Year?

The Lunar New Year is the first day of the lunar calendar. It is celebrated by billions of people around the world. Although, it can be commonly referred to as ‘Chinese New Year’ or ‘Spring Festival’, it is a celebration that many Asians who aren’t of Chinese descent, also practice.

This year, New Year’s Day is Friday, 16 February 2018. However, the festivities start many days earlier as people start preparing for the new year and keep celebrating for many days afterwards.

What does the ‘Year of the Dog’ mean?

You may hear people say that 2018 is the Year of the Dog, or you may see an image of a dog in the Lunar New Year promotions. Each Lunar New Year ushers in a new animal of the Asian Zodiac. There are 12 animals in the Zodiac that are celebrated on a rotational basis. The year in which you were born determines your Zodiac animal.

Find out what your zodiac animal is by looking up your year of birth*:

Similar to the Western Zodiac (Aries, Pisces, Virgo etc), the Chinese Zodiac is used to predict a person’s fortune and characteristics. People born in the year of the dog are typically “honest, friendly, faithful, loyal, smart, straightforward, venerable and have a strong sense of responsibility”**.

What customs are celebrated during Lunar New Year?

Depending on the culture, different traditions and customs may be celebrated during this period. Some include setting off firecrackers, lighting lanterns, eating dumplings, handing out red packets that contain money, buying new clothes and cleaning the home.

Some activities to avoid during the New Year are breaking objects (signifies breaking away from your family), washing your hair (symbolises washing away your wealth) and using scissors (signifies arguing with others)^.

Despite the different ways each culture celebrates, a common custom is to spend the New Year’s period visiting relatives.

How can I celebrate Lunar New Year?

As a multi-cultural city, there are many events happening in the upcoming weeks in Sydney. You can join in the festivities this Lunar New Year too:

If you’re interested in learning more about Asian culture, we also have the following courses on offer at Macquarie Community College

We hope you have a great Lunar New Year!

« CareerPathways That Led To Job Offers and Dreams Achieved – Part 2

A message from the CEO about International Women's Day »